Ok, so maybe the title is a bit of an overstatement, but seriously… BTC traders have been diversifying out of crypto! People called for BTC price stability (we certainly aren’t fans), and it has arrived. Is 2015 going to turn into the “year of the day-long, $2 range Bitcoin”?

Seriously though, we probably have seen more days that look like this in 2015 than the previous two years combined. Overall trading volume has seen a pretty steady increase though, so the recent stability definitely can’t be attributed to a lack of interest or decrease in trading activity. Yes, automated trading probably accounts for a large percentage of the increase, but there is still a steady flow of trades which are entered manually by traders. 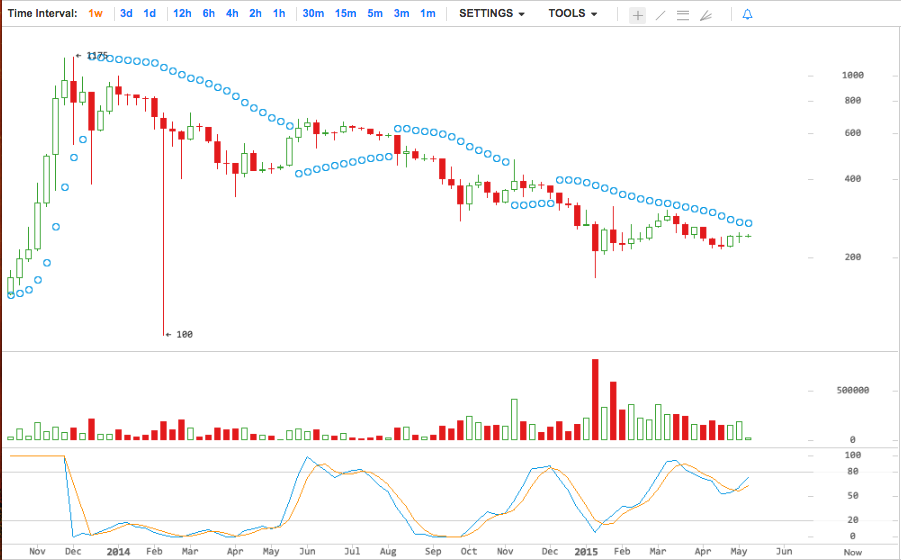 A Bitcoin trader’s day can only consist of so much Reddit, TV, Zerohedge and Whaleclub. We actually have to make money at some point. How do you make money in a market that ranges ~$2 in a day? You don’t unless you are a robot, or have hands like Jackie Chan.

Fortunately, the Bitcoin ecosystem has evolved to such an extent that you can trade other markets without having to give up your precious buttcorns.

News recently surfaced that Huobi (in collaboration with Caimao) will now allow customers to “mortgage” their Bitcoins in order to trade with Yuan on the Shanghai stock exchange. While this isn’t something we would recommend doing (but we REALLY wish Bitcoin would bubble like the Shanghai Composite), there are much safer ways to invest your Bitcoin and play other markets.

Our recommendation is a service called 1Broker.

Feel free to sign up here using our referral link.

1Broker offers access to a wide variety of markets, using Bitcoin in and out as your collateral. 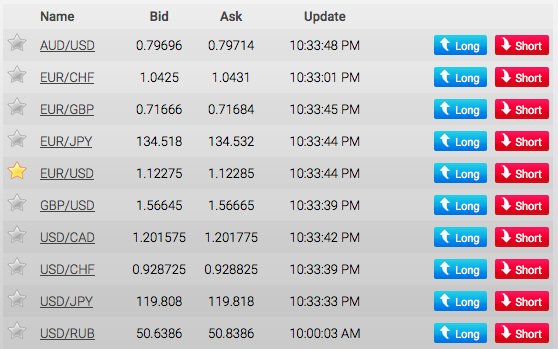 Before using any service/website, we obviously recommend each user do their own individual research. A thorough read of the Bitcointalk thread for 1Broker provides plenty of insight into the sites 3 year history, which surprisingly (for Bitcoin) is pretty flawless.

– They haven’t ever been hacked

– Contracts are backed by actual CFDs for larger positions

Our only complaint is that the spreads for some of the markets are a bit big, but they have been improving over time, and we expect them to continue to do so. If you aren’t trying to day trade tiny ranging markets (like Bitcoin today), you shouldn’t have a problem with the spreads currently provided.

Keep up the great work exxe, we hope to see your project continue to grow!