Spend enough time in the right niches of the bitcoin community, and you are bound to hear “life is a pump and dump” almost too frequently. Unfortunately for traders, the only pumping bitcoin has been doing recently has been in the amount of outstanding USD swaps and margin longs on BFX. Three months of stability, but not everywhere. Some of the more savvy traders have moved over to 1broker to take advantage of the side effects of Central Banking Gone Wild (Summer Edition), but there has still been plenty of action in crypto. A quick look at the Altcoin section of Bitcoin Wisdom shows that quite a few of the “leading” alts have been pumped, and are now being dumped, by bitcoiners with a lot more free time on their hands than we have. 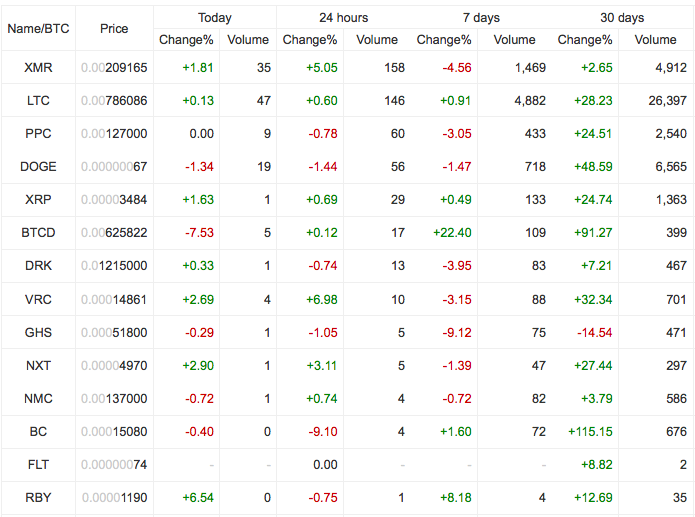 Our focus at shitco.in is on the technology that will revolutionize finance, not some shitty, illiquid altcoin that’s going to be dumped on a new cryptocoiner, likely giving them negative feelings about the whole space.

Last week, while everyone was Reddit arguing over the block size non-issue, a rather substantial piece of news slipped under the radar.

But one thing first about the block size argument, because the drama there is almost worse than the OKC drama (we are waiting for more). Keep arguing and making yourself look bad people, it’s excellent theater. If a suitable conclusion isn’t reached, I’m sure Satoshi will re-appear (re: Dorian situation) and give us the answer (and maybe even GitHub the code for us).

Anyway, so back to that news headline: Symbiont Raises $1.25M Seed Funding from Former NYSE CEO for ‘Smart Securities’ on the Blockchain

We recommend reading all of these full articles for full context.

In March, Bitcoin Magazine reported that Counterparty founders had joined with MathMoney f(x) and its founder Mark Smith as co-founders of the new fintech company Symbiont

Symbiont has announced that it has secured $1.25 million of seed funding from influential financial market leaders including Duncan Niederauer, former CEO of the New York Stock Exchange (NYSE). A ‘Series A’ round of institutional investment is expected to close in the third quarter of 2015.

So why is this a big deal? Anyone who follows Counterparty would have seen this post on March 10: Announcing Symbiont – Building the Next-Generation Platform for Financial Markets

[in regards to Counterparty]

With the approaching release of the Turing Complete smart contracts system on mainnet, we are at the point where less work needs to be done on the core protocol and more on tools and services that make use of it.

Symbiont is our next step in that direction. Because Symbiont’s technology platform will be based around Counterparty, the core Counterparty technology will remain open source, and will benefit from the greatly increased resources and sustainability this change brings.

We’re all very excited about the potential positive impacts not only to Counterparty, but to the blockchain’s adoption in the systems that power modern finance…

And then on March 31st, this was released: Symbiont Creates Ripple Gateway for Counterparty XCP

Symbiont.io, the blockchain based FinTech startup bridging the gap between mainstream finance and crypto-financial technology, has announced its first product: a Ripple Gateway for Counterparty, over which XCP, Counterparty’s native currency, or any other Counterparty asset may be sent.

“Symbiont is proficient with all of the most advanced technologies in crypto-finance, and is always ready to use the right tool for the job. With this marriage of the Counterparty and Ripple networks, each benefits from compatibility with the other, and the whole is greater than the sum of its parts,”…

For anyone who doesn’t know the intimate inner workings of Counterparty, here is a fact worth knowing (in regards to scarcity):

So how does this relate to pumps and dumps? While everyone was busy fucking around with worthless alt coins, investors who look at the fundamentals and pay attention to worthy news, were busy accumulating XCP.

In addition to the data points mentioned above, also consider this. On February 4, 2015, Coindesk confirmed that the Counterparty developers had left Overstock’s Medici project.

For perspective, here is the all time XCP chart:

It’s pretty clear, with the XCP price near all time lows the last few months, that anyone who believes in the Counterparty technology should have been taking advantage of the sale. With a $1.25m seed round from very prominent investors, and a Series A coming in Q3 (estimated), Symbiont has plenty of funding and backing to pursue a variety of Counterparty based projects. The XCP all time high spike was caused by the Medici news, which was far less significant than the recent news regarding Symbiont, and the relationship they have with Counterparty. Granted, that ATH spike was definitely attributed to some FOMO from the simultaneous BTC bubble, we see at least some upward movement from here. We don’t have a target, don’t care to make one, aren’t investment advisers and don’t give investment advice.

By the way, can someone please make a decent charting website for XCP?

Disclaimer: We are long XCP. While everyone was out chasing unicorn dust in alts, we have been accumulating XCP, bitchez.